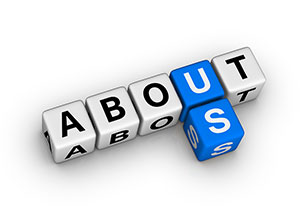 MRP-EURASIA is an independent regional provider of public opinion survey ("face-to-face" population interviewing) by own countryl field branches on the vast territory of Eurasian continent.

Established in 1997, Market Research & Polls – EURASIA (MRP-EURASIA) is recognized as a regional provider in consumer studies and market research on the continent Eurasia. Headquartered in Moldova (Eastern Europe), MRP-EURASIA serves clients worldwide utilizing a traditional field data collection on the Face-to-face interviews base and its vast geographical presence in 33 countries across former Soviet Union, Eastern Europe and Central Asia. MRP-EURASIA was ranked as №2 in World Justice Project list of regional providers for the sociological polls in the all-world WJP Rule of Law Index for 2012, 2013, 2014 consecutive years.

On February 20, 2010, MRP-EURASIA announced the launch of multi-client, multi-country representative syndicated surveys -Omnibuses on monthly basis in Eurasian countries simultaneously. This is the first most comprehensive and frequent Omnibus held by a single company on the continent of Eurasia simultaneously and synchronously among all 25 listed countries. See detail on our_regional_omnibuses

In 2012, MRP-EURASIA has joined the implementation of multi-country research project annual WJP Rule of Law Index, covering more than 100 countries worldwide. The company is still serves as one of the main regional providers in opinion polls among the population of the 14 countries of Eurasia. For details refer to our experien-ce and to report on http://worldjusticeproject.org/sites/default/files/roli_2015_0.pdf

In 2014, MRP-EURASIA was reoriented to strategy ensuring maximum transparency of own activity, ensuring the rights of respondents in the protection of personal information and a friendly policy to a customer based on the recommendations of ESOMAR. See the details on our current activity.

In 2015, MRP-EURASIA has completed creation of the most efficient management. In this regard were taken fundamental steps to optimize the management system (head and territorial). Administrative diagnostics and subsequent reforms led our company to a new level of interaction among structural units of different levels. Well-adjusted and perfected cases of work situations, technologies training and incentives and balances in the personnel policy, in communication with customers, in the distribution of powers and responsibilities and quality control system. See the details on our territorial and functional management.

We are the best European provider of PAPI surveys among the population in Eastern Europe and Central Asia in multi-country projects. Our local offices are specially configured and oriented to conduct Face-to-Face interview of any complexity among a nationally representative sample of population and among other groups of consumers in socio-political studies and market research, consumer attitudes and behavior. Detailed...

We always try to fully understanding the Customers problem that has to be resolved, and ensure loyalty, reliability, objectivity of the research results, short terms and low prices. Our ultimate goal is to find new most effective opportunities for business and interests of our clients. We develop effective Market Research programs and recommendations in the following directions:

We provide a full range of services in the field of marketing research from the plan development to reporting and presentation of final results. In addition, we ensure: